The My Wife Quit Her Job Podcast With Steve Chou » Podcasting 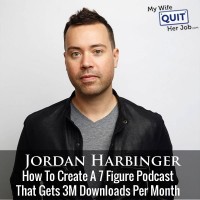 Today, I’m really happy to have Jordan Harbinger back on the show. Jordan and I were part of the same mastermind group a while back and he runs one of the top 50 most popular podcasts in iTunes called the Jordan Harbinger Show. His podcast gets millions of downloads per month and he’s had some incredible guests on the show including Shaq, Mike Rowe, Tony Hawk, and Gary V. Anyway the last time we spoke 3 years ago, his podcast wasn’t nearly as large but it has really blown up in the past few years. And today, we are going […] 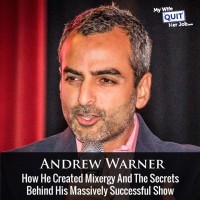 Today I have my buddy Andrew Warner on the show. I met Andrew at an entrepreneurial mastermind in San Francisco last year run by John Corcoran. And then he had me on his show Mixergy where he grilled me, asked me all sorts of tough questions, made me uncomfortable and basically tried to make me cry. Fortunately, I held it together and now it’s payback time. Anyway, I’m really excited to have him on the show because while he does a ton of interviewing of other entrepreneurs, he rarely gets interviewed himself. Enjoy! What You’ll Learn If Andrew were to […] 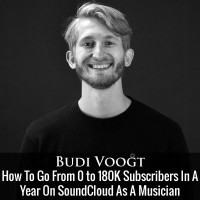 Budi Voogt is the co-founder of Heroic Recordings, a record label group and agency that represents a number of major electronic artists. He is also the author of the SoundCloud Bible. Now I have a lot of listeners who are artists and some are even musicians. So I brought Budi on the show today to teach us how to become a successful solo entrepreneur and leverage your artistic talents as a business. What You’ll Learn What exactly a record label does and what it means to be an agency How the music industry works How artists are typically paid and […] 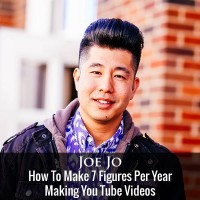 Today I’m thrilled to have Joe Jo on the show. Joe and his partner Bart started JustKidding Films on YouTube back in 2007 and today have over 1.5 million subscribers. Not only that. In addition to Just Kidding Films, they also have 3 other channels JKParty, JKGamer and JKNews which all boast anywhere from 700K-1.5million subscribers each. All told, I think the 4 channels have a combined 4 million total subscribers which is incredible. If you follow me you know that when my online store was featured on the today show, I had 7X the revenue that day and the […] 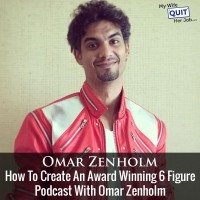 Omar Zenhom is someone who I met at a private mastermind meeting led by John Corcoran. And I’m really glad that we met because the guy is super cool and he’s great at what he does. Omar runs the popular site The 100 Dollar MBA at 100MBA.net where he teaches a class on how to start your own business. He also runs a top 25 business podcast called the $100 MBA and most recently he launched a SaaS business called Webinar Ninja which leverages google hangouts to run webinars seamlessly What You’ll Learn Why Omar dropped out of business school […] 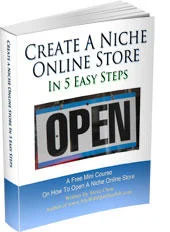 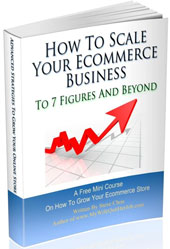 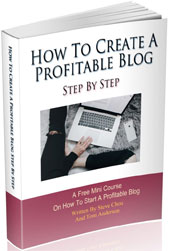 This course is delivered via SMS text message. Follow the directions below and receive my FREE 6 Day Mini-Course on How To Sell On Amazon FBA 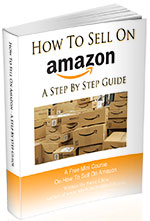 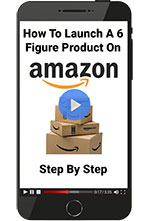